Big Sister, Little Sister, Red Sister: Three women at the heart of the twentieth-century in China 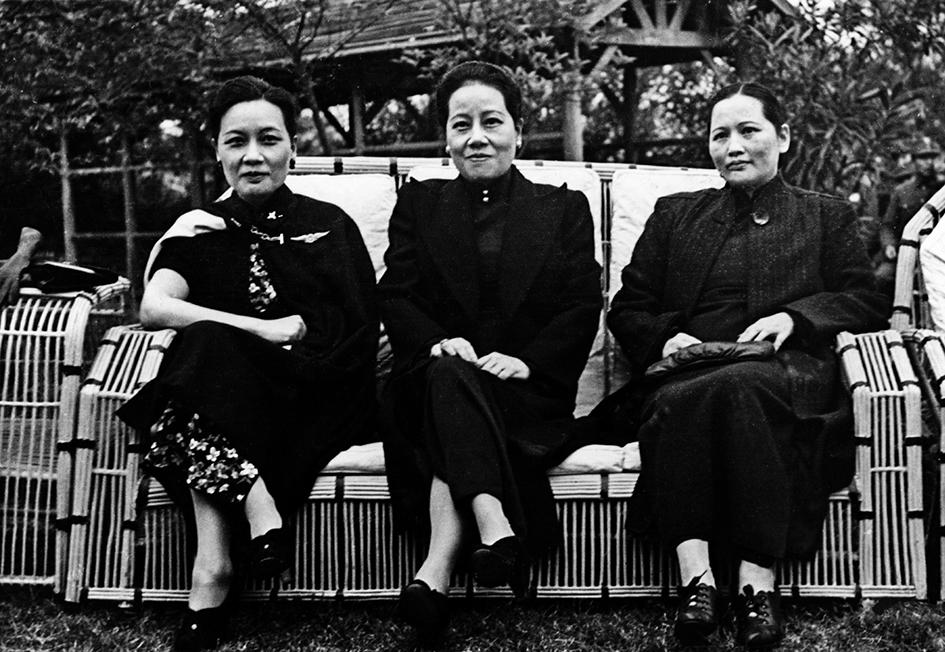 One loved money, one loved power, and one loved her country.

Big Sister, Little Sister, Red Sister is a group biography of three women whose lives are inextricably linked to the history of China. Together with their families, the Soong sisters played a significant role in many of the key events that shaped their country of origin during the 20th century. When Jung Chang decided to write this book, she initially wanted to explore the life events and historical facts that led to Sun Yat-sen’s rise, the man who is known as the ‘father of modern China’. However, while researching Sun’s life, Chang grew increasingly fascinated with the story of his wife, Ching-ling Soong, and her two sisters. So much so that she decided to shift the focus of the book on them instead.

Born into a wealthy family at the end of the 19th century, Ei-ling (Big Sister), Ching-Ling (Red Sister) and May-Ling (Little Sister) were the daughters of Soong Charlie, a Methodist convert turned businessman who secretly supported the work of Sun and championed the cause of Chinese republicanism. Having travelled to America and being firmly convinced that his six children (three daughters and three sons) would benefit from being educated in a Western environment, Charlie sent them to study English in the US. This was a very unusual decision to make in those days, and the Soong daughters were among the first Chinese women to be educated abroad, with Ei-ling, the eldest of the three, probably being the first one.  The Soong girls were very young when they left China and came back speaking better English than Chinese and feeling like foreigners in their own country, a feeling that would accompany them for the rest of their lives. With hindsight, we can truly appreciate how this was a life-defining experience for the three sisters and the country’s history because their “Westernisation” influenced many aspects of both their private and public roles.

The second life-defining element in the story was their choice of husband. At a time of political unrest and uncertainty in China, each young woman decided to marry a powerful man who could guarantee status, security and wealth. Ei-ling married HH Kung, a wealthy financier who, mainly thanks to his wife’s contacts, rose to power and became Minister of Finance; Ching-ling chose Sun Yat-sen, the first president of the Republic of China, while May-ling married General Chiang Kai-shek, after being introduced to him by her sister Ei-ling who saw the match as a strategic move to strengthen the position of the Soong family even further. Undoubtedly, these marriages profoundly shaped the identities and the destinies of the three women, turning them into the iconic characters we know today. Over the years, these unions were also challenged by drama, betrayal and games of power that often put the sisters on opposing sides and, as a result, weakened their otherwise strong relationships.

However, they were much more than the wives of influential men, and Chang’s book shows how each sister has her own story worth telling and highlights the personality traits that earned them a place in the history of China. Big Sister was the most ambitious one, a skilful strategist who became the unofficial adviser of her brother-in-law, Chiang Kai-shek, and one of China’s richest women. Devoted to her country and a committed Leninist, Red Sister was Mao’s vice-chair and, as Madame Sun Yat-sen, showed her courage by putting her life at risk to protect a husband who, in reality, was not worthy of her love and loyalty.  Even though mostly known as Madame Chiang Kai-shek, Little Sister became a key political figure in her own right, playing a significant role in her husband’s – and her country’s – relationship with America.

The lives of these women, like the history of China, are complex and full of contradictions. While the nation was going through a century of internal revolutions and drastic changes, the three sisters faced personal tragedies and traumas from miscarriages (neither May-ling nor Ching-ling had children) to exile. When the country was trying to redefine its identity, the Soong sisters emerged as the women of the future who were well-educated and cosmopolitan with a strong determination to fight for what they believed in.  Being fully aware of their place in society as women and wives, they deliberately decided to exert their intelligence and their influence through their husbands, understanding that this would probably be the best way to make their voices heard while, at the same time, partially respecting the social conventions.

Even though they have been often criticised for being modern princesses who, having grown up in wealth and privilege, were completely detached from the life of ordinary people, the Soong sisters definitely left their mark in the history of the country and in the minds of fellow compatriots across different generations, who still enjoy speaking about them and their lives. Thanks to Chang’s gripping narrative and accurate characterisation of the three women, we are masterfully led into a vortex of complicated family bonds, love, war, politics, espionage, and power plays. Chang is a gifted biographer, and this is not the first time she tells the story of her country through the eyes of three women of the same family.

Her most popular book, Wild Swans: Three Daughters of China, was published in 1991 and explored the transformation of China from an even more personal perspective because it spoke about the women in Chang’s own family. Her grandmother was the concubine of a warlord. Her mother was a party official, and Chang herself, before winning a scholarship to study in England, was in the Red Guards and worked as a peasant, a steelworker and an electrician. However, she had known since an early age that she wanted to become a writer but, growing up during Mao’s time in the 50s and 60s. Chang had to hide her passion because writing was illegal and normal for writers to be persecuted. Only years later, thanks to her mother’s encouragement, she found the right time and motivation to start writing about a past that she had initially wanted to forget. Even though it could be argued that Big Sister, Red Sister, Little Sister may lack the personal touch of Wild Swans, Chang shares with us, her readers, another incredibly articulate and powerful insight on a key period in the history of China and on the life of three women, whose story is nothing short of extraordinary.