Speaking Volumes, the activist side of literature 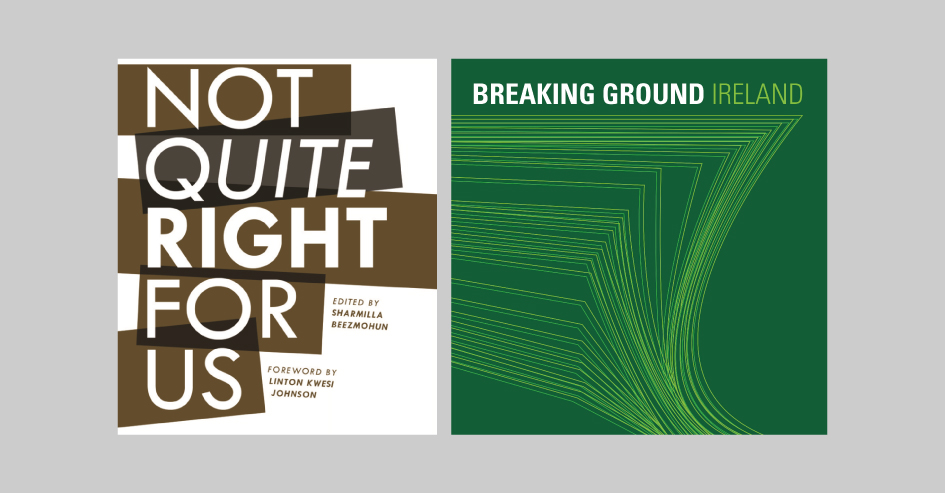 Giving space to underrepresented voices, reaching a diverse audience and finding new ways to present the work of writers. Speaking Volumes is a literary organisation that firmly believes in the power of literature, the social power above all.

It is not just a matter of offering recognition to creativity. Supporting and disseminating new talent also has a social value, including the concepts of variety and difference, inclusion, freedom of expression, and equal rights. In this spirit, Speaking Volumes was born, a literary organisation that aims to give visibility to those voices that, for various reasons, are underrepresented. Telling us more about this reality is one of the co-founders, Sharmilla Beezmohun, who begins with how the idea to start this project came about. “Sarah Sanders and I were at International PEN working for Free the Word!, their annual festival, but we both wanted to be able to follow a broader agenda. So, in 2010, we decided to set up Speaking Volumes, which would not only organise events related to new books coming out but also promote new and unpublished authors and established names from the UK and worldwide. Soon after, in 2011, we raised funds for our first major project, which was to prepare a UK tour for 2012 with some of the poets coming to London as part of the Southbank Centre’s Poetry Parnassus, part of the Cultural Olympiad. As we planned to work with over 50 poets in three weeks, Nick Chapman, our colleague at International PEN, joined us and has been part of Speaking Volumes ever since.

What are Speaking Volumes goals?

Our goals are to ensure that the literature scene is as inclusive and diverse as possible, which is part of our belief in the greater worldwide struggle for economic and social justice and racial equality. We want to shake up the idea that literature is just for middle-class, white people, and to make sure that everyone sees themselves reflected in books and able to write those books.

Can you list its most important conquests since its foundation?

Our Poetry Parnassus UK tour in 2012 was a major first feat – over 50 poets from all over the world visited the UK, from Northern Ireland to the east coast of England, from Scotland in the north to the south coast of England. It showed us what we could do with just three people – but three people who shared the same vision. Another major project is our ongoing Breaking Ground series which highlights writers and illustrators of colour at home and abroad. Starting with two US tours of 10 Black British writers in 2015-16, later iterations have taken authors to Europe. We’ve also published Breaking Ground brochures to highlight these authors to festivals, promoters etc – and the latest version of this is Breaking Ground Ireland, published with our Irish partners the Cuirt International Festival of Literature and the National University of Ireland Galway. This booklet highlights over 90 writers and illustrators of colour and includes the Irish Travelling community and shows that Ireland has a great deal of unknown talent in these communities.

Could you tell something about one or two of your ongoing projects?

We’ve just had a year of celebrations for our 10th anniversary, which saw us put out an anthology called Not Quite Right for Us: Forty Writers Speak Volumes (London: flipped eye, 2021). I commissioned the poems, short stories and essays from 40 writers from around the world and, in the age of the pandemic, we did a digital tour across festivals in the UK and around the world. That project is still ongoing in that we have a free resource on our website with many of those writers offering author tips about writing.

Where do the artists you work with come from?

​Most of our artists come from the UK, although their heritage may be Caribbean, African, South and East Asian, or white British working-class artists. We’ve also worked with authors from places including Jamaica (we’ve organised tours of two Jamaican Poet Laureates), the USA, Australia etc. We’ve done specific projects across Europe, so our Ber/Lon project linked two authors from Berline with two in London, exploring issues of gentrification etc. In our anthology, we had authors from the UK, Denmark, Portugal, Australia, the USA, New Zealand, the British Virgin Islands, Canada and Norway – whose heritage includes Chinese, Jamaican, Pakistan, Indian, African-American, Ghanaian, Nigeran, Bangladeshi, Cypriot, Irish, Sierra Leonean, Palestinian, Maori, Yemeni, Ugandan, First Nations Australian and others.

Have you ever thought of exporting Speaking Volumes format to other countries? If yes, where and why?

​As we’re a small organisation with no central funding (we apply for grants to take on new projects or are commissioned for others), it’s hard to export Speaking Volumes. But, as the Breaking Ground Ireland brochure shows, the format of some of the material we produce can be exported and there’s an interest and need for it.

I’ve seen you have projects with illustrators too: what do you think of this kind of storytelling and why do you include it in Speaking Volumes?

​Sometimes people don’t think they can connect with books or writers, but if you present, e.g. an image, a film etc., they get hooked into a story after all and realise that they are, after all, interested in literature. We want literature to be as inclusive as possible, and have put on many mixed media events, using music, images, photos, video etc., to try and attract as many people as possible.

What do you think about poetry and literature? What are their mission right now, in our age? how can they be actual and represent connection among people?

​In this time of conflict, the rise of far-right, fascist politics etc., poetry and literature should be there to bring about greater understanding and tolerance. For example, the Black Lives Matter movement and subsequent readiness of UK publishers to publish black authors may show how having more books by diverse authors can lead to greater acceptance. But poetry and literature are also under threat from right-wing governments who want to stop this route to greater equality and empathy, so we also need to protect these creative outlets from those who fear the power of poetry and literature – such as those in the USA who are trying to ban books teaching about slavery, for example.